Cookies help to provide a great web experience. By continuing on this site, you allow their use. X

Because of new Android limitations, this application only works with some devices!

JoMegaSoft shall NOT be held responsible in any way neither for the use you make of this software nor for any software issue. 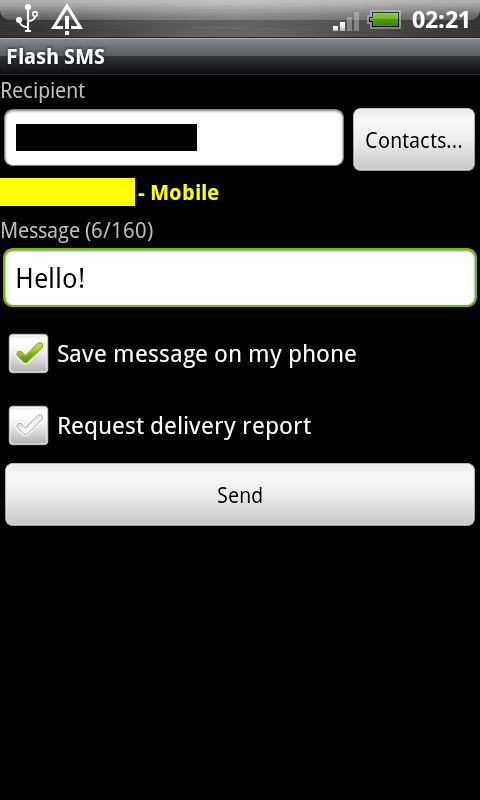 Romanski (February 17, 2012) - Awesome.
Brilliant app however more options like in the 'sms flow beta' would be a good idea, such as sending sms' at certain times, repeat etc. HTC desire hd

Alexey (November 11, 2011) - Super!
I've been searching for such application for a long time. Thank you very much!

READ_SMS (Read SMS or MMS) (until Android 4.3)
Android enforced requesting this authorization in order to use WRITE_SMS.
YOUR MESSAGES ARE NEVER READ BY THIS APPLICATION!

WRITE_SMS (Edit SMS or MMS)
Enables to save the sent SMS to your discussion threads.